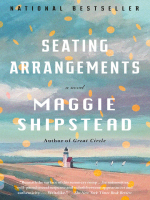 Description
A deliciously absorbing social comedy, set on an exclusive island off Cape Cod, that tracks a catastrophic three-day wedding weekend with an irresistible mix of wit and tenderness--a pitch-perfect debut (and a wicked pleasure!) from a hugely talented young writer.

Winn Van Meter has a Harvard education, membership in all the right clubs, a pedigreed wife, and a tastefully understated summer home on a pristine New England island where the wedding of his eldest daughter, Daphne, is about to take place. The weather is idyllic and so, it would seem, is the gathering. But: the bride is seven months pregnant; the maid of honor, Daphne's younger sister, has just had her heart broken by the son of her father's oldest rival; Aunt Celeste, herself on her fifth marriage, watches with a jaundiced eye as the groom's exceedingly well-dressed brothers stealthily make their way through the bridal party. And the irresistible siren call of Daphne's best friend, the bombshell bridesmaid Agatha, will drive the bride's father finally to combust, taking the family down with him in a raucous explosion of misplaced attention and thwarted desire, not to mention  confetti and wedding cake.
Also in This Series 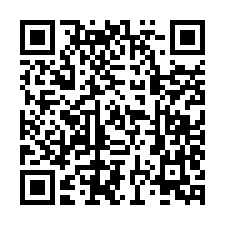 NATIONAL BESTSELLER • Winner of the Los Angeles Times Book Prize • The irresistible story of a summer New England wedding weekend gone awry—a deliciously biting satirical glimpse into the lives of the well-bred and ill-behaved, from the bestselling author of Great Circle.
The Van Meters have gathered at their family retreat on the island of Waskeke to celebrate the marriage of daughter Daphne—seven months pregnant—to the impeccably appropriate Greyson Duff. The weekend is full of champagne, salt air and practiced bonhomie, but long-buried discontent and simmering lust stir beneath the surface.
Winn Van Meter, father of the bride, is not having a good time. Barred from the exclusive social club he’s been eyeing since birth, he’s also tormented by an inappropriate crush on Daphne’s beguiling bridesmaid, Agatha, and the fear that his daughter, Livia—recently heartbroken by the son of his greatest rival—is a too-ready target for the wiles of Greyson’s best man. When old resentments, a beached whale and an escaped lobster are added to the mix, the wedding that should have gone off with military precision threatens to become a spectacle of misbehavior.