Fear of the dark »

Fear of the dark

Description
Fearless Jones and Paris Minton, stars of the bestsellers Fearless Jones and Fear Itself, return in a high-velocity, larger-than-life thriller about family, betrayal, and revenge."I'm in trouble, Paris."Paris Minton has heard these words before. They mean only one thing: that his neck is on the line too. So when they are uttered by his lowlife cousin Ulysses S. Grant, Paris keeps the door firmly closed. With family like Ulysses-Useless to everyone except his mother-who needs enemies?But trouble always finds an open window, and when Useless's mother, Three Hearts, shows up from Louisiana to look for her son, Paris has no choice but to track down his wayward cousin.Finding a con artist like Useless is easier said than done. But with the aid of his ear-to-the-ground friend Fearless Jones, Paris gets a hint that Useless may have expanded his range of enterprise to include blackmail. Now he has disappeared, and Paris's mission is to discover whether he is hiding from his vengeful victims-or already dead.Traversing the complicated landscape of 1950s Los Angeles, where a wrong look can get a black man killed, Paris and Fearless find desperate women, secret lives, and more than one dead body along the way. Fear of the Dark is filled with the sheer-nerve plotting and brilliant characterizations that prompted The Nation to credit Walter Mosley for "the finest detective oeuvre in American literature."
Also in This Series 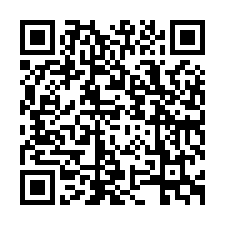