The Sirens of Titan »

The Sirens of Titan: A Novel 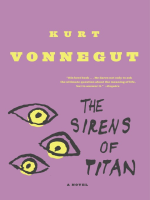 The Sirens of Titan (1959), Vonnegut's second novel, was on the Hugo final ballot along with Robert Heinlein's Starship Troopers and lost in what Harlan Ellison called a monumental injustice. Malachi Constant is a feckless but ultimately good-hearted millionaire who, in this incondensable interplanetary Candide (lacking perhaps Voltaire's utter bitterness), searches the solar system for the ultimate meaning of existence.

Constant is aided by another tycoon, Winston Rumfoord, who, with the help of aliens, has discovered the fundamental meaning of life. With the help of Salo—an alien robot overseeing the alien race, the Tralmafordians (who also feature in Slaughterhouse-Five)—Constant attempts to find some cosmic sense and order in the face of universal malevolence. Constant and Rumfoord deal with the metaphysics of "chrono-synclastic infundibula" and the interference of the Tralmafadorians. The novel is pervaded by a goofy, episodic charm which barely shields the readers (or the characters) from the fact of what seems to be a large and indifferent universe.

All of Vonnegut's themes and obsessions, further developed or recycled in later work, are evident here in a novel slightly more hopeful than most of his canon. It is suggested that ultimately Constant learns only that it is impossible to learn, that fate (and the Tralmafadorians) are impenetrable. On the basis of this novel, Vonnegut was wholly claimed by the science fiction community (as the Hugo nomination demonstrated) but he did not reciprocate, feeling from the outset that to be identified as a science fiction writer would limit his audience and trivialize his themes. His recurring character, the hack science fiction writer Kilgore Trout (prominent in Slaughterhouse-Five) was for Vonnegut a worst case version of the writer he did not wish to become. 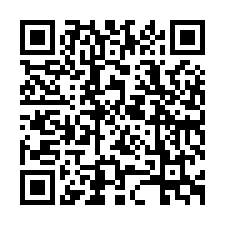