Description
When an old friend pulls Richard Jury into the investigation of a wealthy bachelor's murder, Jury's not sure what's more perplexing: the circumstances of the fellow's death, the conflicting stories of the man's past, or the motivations of the case's chief inspecting officer, the beautiful and forbidding Lu Aguilar. What Jury is sure of is that he's in over his head, both with the inscrutable and challenging Aguilar and the false leads surrounding the once-charismatic Billy Maples, last seen in a club named Dust.
A web of clues draws Jury to London's trendy Clerkenwell galleries, clubs, and hotels, to the dark stories behind Maples's family, and to the Sussex town of Rye, where Billy had temporarily cared for Lamb House, the charming home where Henry James composed his three masterworks ... a place with secrets of its own. With Melrose Plant's investigating Lamb House and with Aguilar's interceding, Scotland Yard's finest, and now infamous, Richard Jury, will need every bit of his intelligence and quiet charm to close in on a mysterious young cousin of Maples's, and crack the case.
Also in This Series 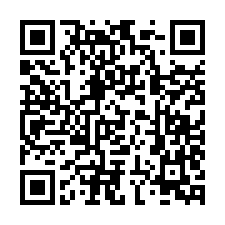