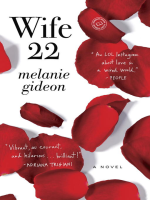 Description
For fans of Helen Fielding’s Bridget Jones’s Diary and Allison Pearson’s I Don’t Know How She Does It comes an irresistible novel of a woman losing herself . . . and finding herself again . . . in the middle of her life.

But when the anonymous online study called “Marriage in the 21st Century” showed up in my inbox, I had no idea how profoundly it would change my life. It wasn’t long before I was assigned both a pseudonym (Wife 22) and a caseworker (Researcher 101).

And, just like that, I found myself answering questions.

7. Sometimes I tell him he’s snoring when he’s not snoring so he’ll sleep in the guest room and I can have the bed all to myself.
61. Chet Baker on the tape player. He was cutting peppers for the salad. I looked at those hands and thought, I am going to have this man’s children.
67. To not want what you don’t have. What you can’t have. What you shouldn’t have.
32. That if we weren’t careful, it was possible to forget one another.

Before the study, my life was an endless blur of school lunches and doctor’s appointments, family dinners, budgets, and trying to discern the fastest-moving line at the grocery store. I was Alice Buckle: spouse of William and mother to Zoe and Peter, drama teacher and Facebook chatter, downloader of memories and Googler of solutions.

But these days, I’m also Wife 22. And somehow, my anonymous correspondence with Researcher 101 has taken an unexpectedly personal turn. Soon, I’ll have to make a decision—one that will affect my family, my marriage, my whole life. But at the moment, I’m too busy answering questions.

As it turns out, confession can be a very powerful aphrodisiac.
Also in This Series 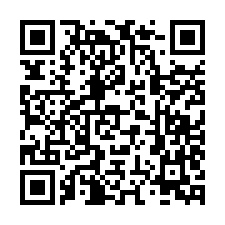