Gates of Fire: an epic novel of the Battle of Thermopylae 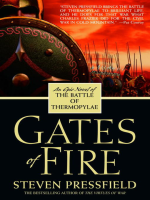 Description
Thousands of years ago, Herodotus and Plutarch immortalized Spartan society in their histories; but today, little is left of the ancient city or the social structure of this momentous culture.  One of the few antiquarian marks of the civilization that has survived lies scores of miles away from Sparta, at a narrow Greek mountain pass called Thermopylae.

It was there that three hundred of Sparta's finest warriors held back the invading millions of the Persian empire and valiantly gave their lives in the selfless service of democracy and freedom.  A simple engraved stone marks their burial ground.

Inspired by this stone and intrigued by the lore of Sparta, author Steven Pressfield has brilliantly combined scholarship with storytelling.  Narrated by the sole survivor of the epic battle--a squire in the Spartan heavy infantry--Gates of Fire is a mesmerizing depiction of one man's indoctrination into the Spartan way of life and death, and of the legendary men and women who gave the culture an immortal gravity.

Culminating in the electrifying and horrifying epic battle, Gates of Fire weaves history, mystery, and heartbreaking romance into a literary page-turner that brings the Homeric tradition into the twenty-first century.
Also in This Series 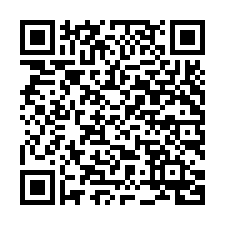