Wicked river: the Mississippi when it last ran wild

From award-winning journalist Lee Sandlin comes a riveting look at one of the most colorful, dangerous, and peculiar places in America’s historical landscape: the strange, wonderful, and mysterious Mississippi River of the nineteenth century.Beginning in the early 1800s and climaxing with the siege of Vicksburg in 1863, Wicked River takes us back to a time before the Mississippi was dredged into a shipping channel, and before Mark Twain romanticized it into myth. Drawing on an array of suspenseful and bizarre firsthand accounts, Sandlin brings to life a place where river pirates brushed elbows with future presidents and religious visionaries shared passage with thieves—a world unto itself where, every night, near the levees of the big river towns, hundreds of boats gathered to form dusk-to-dawn cities dedicated to music, drinking, and gambling. Here is a minute-by-minute account of Natchez being flattened by a tornado; the St. Louis harbor being crushed by a massive ice floe; hidden, nefarious celebrations of Mardi Gras; and the sinking of theSultana, the worst naval disaster in American history. Here, too, is the Mississippi itself: gorgeous, perilous, and unpredictable, lifeblood to the communities that rose and fell along its banks.An exuberant work of Americana—at once history, culture, and geography—Wicked River is a grand epic that portrays a forgotten society on the edge of revolutionary change. 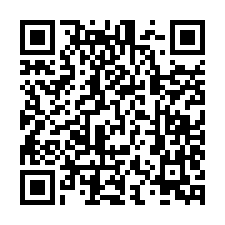