The Second Death of Goodluck Tinubu

Normally a peaceful wilderness retreat, the Jackalberry bush camp has suddenly become a ghastly crime scene—and the details are still emerging when Detective David "Kubu" Bengu is assigned to the case. Zimbabwean teacher Goodluck Tinubu and another tourist have been found bludgeoned to death, while another guest at the camp—rumored to be a dissident wanted in Zimbabwe—has disappeared without a trace.

With the local police unable—or unwilling—to provide much assistance, Detective Kubu relies on his own instincts to track down those responsible for the crimes. But a startling piece of forensic evidence from Goodluck Tinubu's murder adds a complicated twist to the investigation, and Kubu must work fast to solve a seemingly impossible riddle before any more Jackalberry guests meet their death. Suspecting that everyone at the camp has something to hide, the wily detective from Gaborone sets a clever trap to find the truth.

The memorable Kubu of A Carrion Death returns in this gripping story of murder, greed, and hidden motives. Set in northern Botswana, amid lush vegetation and teeming wildlife, The Second Death of Goodluck Tinubu captures the intense loyalties and struggles taking place at the country's borders—and the shattered dreams of those living just outside this modern democracy.
Also in This Series 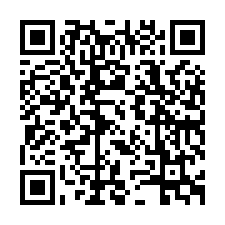