Description
"Composed of equal measures of dangerous intrigue and potent passion, Putney's fifth elegantly written installment in her Lost Lords series delivers captivating characters, an impeccably realized Regency setting, and a thrilling plot rich in action and adventure." &;Booklist, STARRED review for&#160;Sometimes a Rogue"Putney's reputation as one of the finest writers of Regency romance is well deserved. She never shies away from different plots or atypical characters and writes wildly exciting adventure romances. She's done it all again in the marvelous, emotional and thrilling fifth book in the Lost Lords series." &;RT Book Reviews on Sometimes a Rogue Top PickSometimes. . .Even the most proper young lady yearns for adventure. But when the very well bred Miss Sarah Clarke-Townsend impulsively takes the place of her pregnant twin, it puts her own life at risk. If the kidnappers after her sister discover they've abducted Sarah instead, she will surely pay with her life. . .A Rogue. . .Rob Carmichael survived his disastrous family by turning his back on his heritage and becoming a formidable Bow Street Runner with a talent for rescuing damsels in distress. But Sarah is one damsel who is equal to whatever comes. Whether racing across Ireland with her roguish rescuer or throwing herself into his arms, she challenges Rob at every turn. "You can't go wrong with a Putney romance!" &;Sabrina JeffriesPraise For Mary Jo Putney's Lost Lords Series"Romance at its best!" &;Julia Quinn "Exquisitely and sensitively written." &;Library Journal, starred review"Intoxicating and not-to-be missed." &;RT Book Reviews (4 &#189; Stars, Top Pick)
Also in This Series 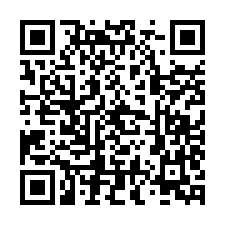