Description
Melanie Travis - teacher, single parent, and proud owner of Faith, a rambunctious Standard Poodle pup - just can't escape the chic show circuits of Fairfield County dog fanciers.As if raising her son Davey, training her poodle pup for the show ring, and grooming fellow handler Sam Driver for romance aren't enough, Melanie's Aunt Peg is pushing her to join the exclusive Belle Haven Kennel Club. But the contentious group has barely managed to disagree on this year's trophies when money turns up missing - and one of the members turns up in the restaurant's parking lot - dead. The only witnesses to the crime were the dead woman's startled pair of Beagles - and they aren't talking. Unfortunately, neither is anyone else.Melanie hadn't intended to do any serious snooping, what with coping with the unexpected arrival of an ex-husband out to get joint custody of the son he's never known. In need of some serious distraction, she's off at more than a dogtrot to sniff out dangerous secrets ... only to discover that everyone at Belle Haven has something damning to hide.
Also in This Series 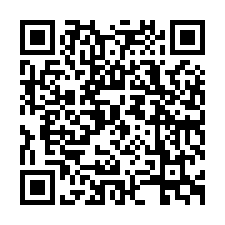