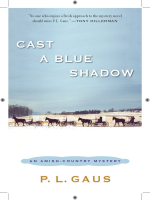 Description
After the first blizzard of an early winter, a Mennonite college girl with a troubled past appears curled up and bloodied outside the offce of her childhood psychiatrist. Mute for many years as a child, Martha Lehman is again not talking. That same morning, the wealthy mother of Martha's boyfriend is found murdered in her mansion in the country west of Millersburg, Ohio. Professor Mi chael Branden and Sheriff Bruce Robertson begin an investigation that, in the space of a single weekend, implicates Martha, threatens to tear apart the fabric of Millersburg College, pits one professor against another, and brings Caroline Branden near to a breaking point over the girl she once tried so fervently to help and who now seems determined to let no one help her at all. As Martha struggles to understand her enigmatic past and as Professor Branden wrestles with the murder of the college 6's leading benefactor, the real story of Martha Lehman emerges--born Amish, converted to Mennonite, and drawn to the English world for the worst of reasons. In Cast a Blue Shadow, his fourth Ohio Amish Mystery, P. L. Gaus continues to explore the thresholds of culture and faith among the Amish sects and their English neighbors of northern Ohio. Through interwoven plots, Gaus portrays these ways of life at odds with one another despite their seeming harmony. Coupling those clashes with the petty and desperate scufflings of academic politics, Gaus spins a suspenseful tale of power, pride, and tested faith. With Cast a Blue Shadow, Professors Branden and Gaus have done it again.
Also in This Series 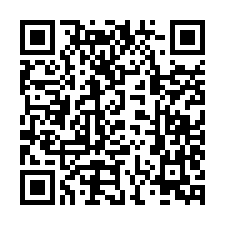 When the widow of a revered Millersburg College alumnus and one of the school's biggest donors is brutally murdered, authorities fear that Martha Lehman, a young Mennonite college girl, holds the key. but Martha-who was found covered in blood the morning after the murder- isn't talking.