Cat of the century »

Cat of the century

Description
Acclaimed authors Rita Mae Brown and her feline partner, Sneaky Pie Brown, are back with this new mystery starring Mary Minor “Harry” Haristeen, the sleuthing cats Mrs. Murphy and Pewter, and corgi Tee Tucker. And this time they must catch a killer determined to turn a birthday party into a funeral.Harry’s beloved and tart-tongued Aunt Tally is about to turn the big 1-0-0. The alumnae association of her alma mater sees an opportunity to honor the event and make some loot off the centennial as well. The plan is to hold a big fund-raiser in Aunt Tally’s honor to recoup some of the school revenue lost in the cratered economy. But soon there’s more at risk than investments and endowments.First, an impending blizzard threatens to ruin the whole affair. Then a suspicious transaction is discovered in the association’s account: board member Mariah D’Angelo has mysteriously withdrawn and then replaced $25,000. But was that enough to get her killed? Mariah’s car is on campus, she’s gone missing, and Tucker has found human blood near the school’s stables.What’s behind the disappearance? Was it Mariah’s donations to crafty politicians and crooked charities? Her rivalry with fellow board member Flo Langston? And is there a connection to the forty-year-old unsolved death of an old acquaintance of Aunt Tally’s? Using animal cunning and human canniness, Harry and her menagerie of mystery solvers must sniff out the answers or—even at a hundred years old—Aunt Talley may outlive them all.
Also in This Series 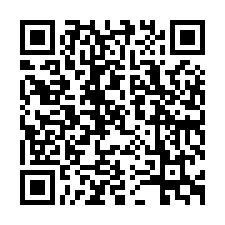