A Piece of Cake »

A Piece of Cake 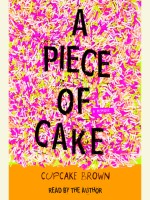 Cupcake Brown survived all these things before she’d even turned twenty.

And that’s when things got interesting….


You have in your hands the strange, heart-wrenching, and exhilarating tale of a woman named Cupcake. It begins as the story of a girl orphaned twice over, once by the death of her mother and then again by a child welfare system that separated her from her stepfather and put her into the hands of an epically sadistic foster parent. But there comes a point in her preteen years—maybe it’s the night she first tries to run away and is exposed to drugs, alcohol, and sex all at once—when Cupcake’s story shifts from a tear-jerking tragedy to a dark comic blues opera. As Cupcake’s troubles grow, so do her voice and spirit. Her gut-punch sense of humor and eye for the absurd, along with her outsized will, carry her through a fateful series of events that could easily have left her dead.

Young Cupcake learned to survive by turning tricks, downing hard liquor, partying like a rock star, and ingesting every drug she could find while hitchhiking up and down the California coast. She stumbled into gangbanging, drug dealing, hustling, prostitution, theft, and, eventually, the best scam of all: a series of 9-to-5 jobs. But Cupcake’s unlikely tour through the cubicle world was paralleled by a quickening descent into the nightmare of crack cocaine use, till she eventually found herself living behind a Dumpster.

Astonishingly, she turned it around. With the help of a cobbled together family of eccentric fellow addicts and “angels”—a series of friends and strangers who came to her aid at pivotalmoments—she slowly transformed her life from the inside out.

A Piece of Cake is unlike any memoir you’ll ever read. Moving and almost transgressive in its frankness, it is a relentlessly gripping tale of a resilient spirit who took on the worst of contem-porary urban life and survived it with a furious wit and unyielding determination. Cupcake Brown is a dynamic and utterly original storyteller who will guide you on the most satisfying, startlingly funny, and genuinely affecting tour through hell you’ll ever take.

When it came time for me to talk, I wasn’t sure which parts of my past to tell, which to keep secret, and which to pretend never happened. Uncle Jr. had already seen the welts on my back, so he wasn’t too surprised when I told them about some of the physical abuse I endured at Diane’s. Everyone else hit the roof, except Daddy. He got really quiet and started balling and unballing his fists.

I continued my update. Experience had taught me that adults have trouble accepting the idea of children having sex. I decided that from then on, that part of my life never happened. I picked up the story by telling them about Fly, the Gangstas, and getting shot.

I was dying for a cigarette. So it seemed a good time to announce that I smoked cigarettes—and weed.

After a moment Sam looked at me, smiled, and handed me one of her Marlboros. I preferred menthols, but beggars can’t be choosers. I kicked back, took a long drag, and closed my eyes.

Daddy and Jr. were silent. They seemed a bit shocked and unsure about how to respond.

“Well, Cup,” Jr. said, “it’s a little too late to be trying to raise you now. But those cigarettes will kill you. And weed will only lead you to stronger drugs.”

He didn’t know how right he was. But for me, it was too late to be worrying about stronger drugs—the only worrying I did was whether I could find a connection to get some. So I just smiled, nodded, and took another hit off my cigarette.

—from A Piece of Cake


Also
Also in This Series 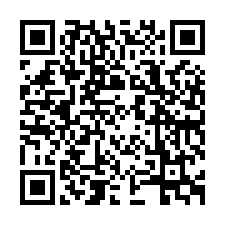