In the midst of a chaotic midnight assembly, Sunshine is forced outside into the darkness. Holding a scrap of paper scrawled with a stranger's name and address, Sunny grasps the hands of her three small children and begins her escape.

Liesel Albright has dreamed of starting a family. She never bargained on inheriting one already in progress…or one so deeply damaged. When nineteen-year-old Sunshine appears on the Albrights' doorstep claiming Liesel's husband, Chris, is her father, all they can think to offer is temporary shelter. The next day, they're stunned by the news that the Family of Superior Bliss, led by a charismatic zealot, has committed mass suicide. Sunny and her children haven't just left the compound—they've been left behind.

Now, instead of a baby of her own, Liesel must play mother to the four survivors, while Chris retreats into guilt and denial. For Sunny, however, a lifetime of teachings is not easily unlearned. No matter how hard she tries to forget, an ominous catechism echoes in her mind, urging her to finish what the Family started. 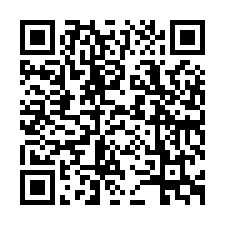