When a Duke loves a woman »

When a Duke loves a woman: A Sins for All Seasons Novel

Gillie Trewlove knows what a stranger&;s kindness can mean, having been abandoned on a doorstep as a baby and raised by the woman who found her there. So, when suddenly faced with a soul in need at her door&;or the alleyway by her tavern&;Gillie doesn&;t hesitate. But he&;s no infant. He&;s a grievously injured, distractingly handsome gentleman who doesn&;t belong in Whitechapel, much less recuperating in Gillie&;s bed . . .

Being left at the altar is humiliating; being rescued from thugs by a woman&;albeit a brave and beautiful one&;is the pi&#232;ce de r&#233;sistance to the Duke of Thornley&;s extraordinarily bad day. After nursing him back from the brink, Gillie agrees to help him comb London&;s darker corners for his wayward bride. But every moment together is edged with desire and has Thorne rethinking his choice of wife. Yet Gillie knows the aristocracy would never accept a duchess born in sin. Thorne, however, is determined to prove to her that no obstacle is insurmountable when a duke loves a woman. 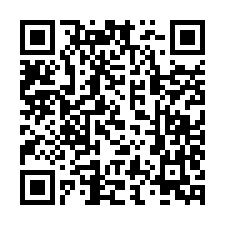