Cubs by the Numbers »

Cubs by the Numbers: a complete team history of the Chicago Cubs by uniform number 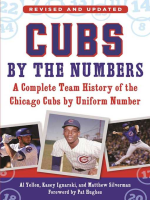 Description
What do Dizzy Dean, Catfish Metkovich, John Boccabella, Bill Buckner, Mark Prior, and Jason Heyward all have in common? They all wore number 22 for the Chicago Cubs, even though eight decades have passed between the last time Dizzy Dean buttoned up a Cubs uniform with that number and the first time
outfielder Jason Heyward performed the same routine.

Since the Chicago Cubs first adopted uniform numbers in 1932, the team has handed out only 77 numbers to more than 1,500 players. That's a lot of overlap. It also makes for a lot of good stories. Newly updated, Cubs by the Numbers tells those stories for every Cub since '32, from current staff ace Jake Arrieta to former third baseman turned division-winning manager Don Zimmer. This book lists the players alphabetically and by number; these biographies help trace the history of baseball's most beloved team in a new way.

For Cubs fans, anyone who ever wore the uniform is like family. Cubs by the Numbers reintroduces readers to some of their long-lost ancestors, even those they think they already know.

Skyhorse Publishing, as well as our Sports Publishing imprint, are proud to publish a broad range of books for readers interested in sports—books about baseball, pro football, college football, pro and college basketball, hockey, or soccer, we have a book about your sport or your team.

Whether you are a New York Yankees fan or hail from Red Sox nation; whether you are a die-hard Green Bay Packers or Dallas Cowboys fan; whether you root for the Kentucky Wildcats, Louisville Cardinals, UCLA Bruins, or Kansas Jayhawks; whether you route for the Boston Bruins, Toronto Maple Leafs, Montreal Canadiens, or Los Angeles Kings; we have a book for you. While not every title we publish becomes a New York Times bestseller or a national bestseller, we are committed to publishing books on subjects that are sometimes overlooked by other publishers and to authors whose work might not otherwise find a home.
Also in This Series 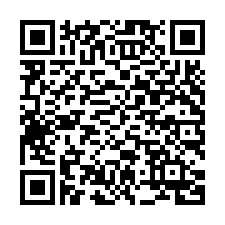