Description
“Give her a good murder and a shameful social evil,” The New York Times Book Review once declared, “and Anne Perry can write a Victorian mystery that would make Dickens’s eyes pop.” And Perry’s new William and Hester Monk story, a mesmerizing masterpiece of innocence and evil on London’s docks, outshines all her previous novels in this successful and beloved series.

When the body of a small-time crook named Mickey Parfitt washes up on the tide, no one grieves; far from it. But William Monk, commander of the River Police, is puzzled by the expensive silk cravat used to strangle Parfitt. How did this elegant scarf—whose original owner was obviously a man of substance—end up imbedded in the neck of a wharf rat who richly deserved his sordid end?

Dockside informers lead Monk to what may be a partial answer—a floating palace of corruption on the Thames managed by Parfitt, where a captive band of half-starved boys are forced to perform vile acts for men willing to pay a high price for midnight pleasures. Although Monk and his fearless wife, Hester, would prefer to pin a medal on Parfitt’s killer, duty leads them in another direction—to an unresolved crime from the past, to blackmail and more murder, and to a deadly confrontation with some of the empire’s most respected men.

To a superlative degree, Acceptable Loss provides colorful characters, a memorable portrait of waterfront life, and a story that achieves its most thrilling moments in a transfixed London courtroom, where Monk faces his old friend Oliver Rathbone in a trial of nearly unbearable tension—in sum, every delectable drop of the rich pleasure that readers expect from an Anne Perry novel.
Also in This Series 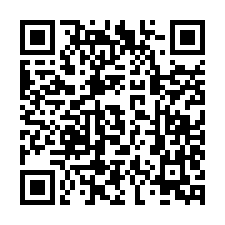