Other People's Money: A Novel 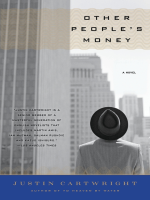 In a world still uneasy after the financial turmoil of 2008, Justin
Cartwright puts a human face on the dishonesties and misdeeds of the
bankers who imperiled us. Tubal and Co. is a small, privately owned bank
in England. As the company's longtime leader, Sir Harry Tubal, slips
into senility, his son Julian takes over the reins-and not all is well.
The company's hedge fund now owns innumerable toxic assets, and Julian
fears what will happen when their real value is discovered.

Artair
Macleod, an actor manager whose ex-wife, Fleur, was all but stolen by
Sir Harry, discovers that his company's monthly grant has not been paid
by Tubal. Getting no answers from Julian, he goes to the local press,
and an eager young reporter begins asking questions. Bit by bit, the
reporter discovers that the grant money is in fact a payoff from Fleur,
written off by the bank as a charitable donation, and a scandal breaks.
Julian's temperament and judgment prove a bad fit for the economic
forces of the era, and the family business plunges into chaos as he
tries to hide the losses and massage the balance sheet.A story both cautionary and uncomfortably familiar, Other People's Money is
not a polemic but a tale of morality and hubris, with the Tubal family
ultimately left searching only for closure. Bold, humane, urbane, full
of rich characters, and effortlessly convincing, this is a novel that
reminds us who we are and how we got ourselves here.
Also in This Series 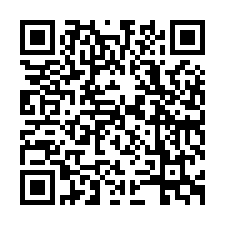