The Wives of Los Alamos »

The Wives of Los Alamos: A Novel

Finalist for the PEN/Robert W. Bingham Prize, a New York Times Book Review Editors’ Choice, a Barnes & Noble Discover Great New Writers Selection, an Indies Choice Debut Pick, an Amazon Best Book of the Month, and winner of two New Mexico-Arizona Book Awards.The “haunting . . . impressive” (NYTBR) National Bestseller—imagining the untold human history of the making of the atomic bomb.They arrived in New Mexico ready for adventure, or at least resigned to it. But hope quickly turned to hardship as they were forced to adapt to a rugged military town where everything was a secret—including what their husbands were doing at the lab. Though they were strangers, they joined together—adapting to a landscape as fierce as it was absorbing, full of the banalities of everyday life and the drama of scientific discovery.

While the bomb was being invented, babies were born, friendships were forged, children grew up, and Los Alamos gradually transformed into a real community: one that was strained by the words they couldn’t say out loud or in letters, and by the freedom they didn’t have. But the end of the war would bring even bigger challenges, as the scientists and their families struggled with the burden of their contribution to the most destructive force in the history of mankind.

The Wives of Los Alamos is a testament to a remarkable group of real-life women and an exploration of a crucial, largely unconsidered aspect of one of the most monumental research projects in modern history. 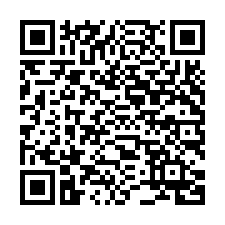