Description
#1 New York Times Bestselling Author Debbie Macomber welcomes you to Cedar Cove! This is where you'll find small-town life at its best—and its most interesting…

Meet some of the people living here:

50 Harbor Street is where private detective Roy McAfee and his wife, Corrie, live. Roy's got a new mystery to solve—one that involves him and Corrie! They've been getting postcards and messages asking if they "regret the past," and they have no idea what that means…

6 Rainier Drive is the home of Seth and Justine Gunderson, who've recently had quite a shock. They lost their business, The Lighthouse restaurant, to arson. The prime suspect is a young ex-employee who disappeared immediately afterward. Is he guilty or not? As the investigation continues, Seth and Justine discover that this kind of stress is hard on a marriage!

74 Seaside Avenue—it's the lovely home that now belongs to Teri Miller, who works at the local beauty salon, and her new husband, international chess champion Bobby Polgar. They couldn't be happier. Except that Teri can tell something's worrying Bobby… Something about her?

8 Sandpiper Way. This is where the Reverend Dave Flemming and his family live—his wife, Emily, and their two sons. But when Emily finds an earring in his pocket, an earring that's not hers, she can't help being afraid that Dave might be having an affair. Especially since he doesn't seem willing to account for some of his time!

This is the second group of stories set in Debbie Macomber's Cedar Cove, Washington. (If you haven't read the first four, starting with 16 Lighthouse Road, don't miss them!) Read the books and watch the Hallmark Channel original series. Once you've visited Cedar Cove and met the people here, you'll want to come back!
Also in This Series 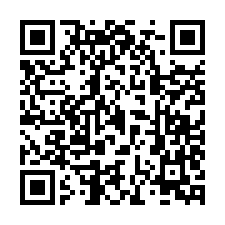