Description
In her third outing, Callahan Garrity, Atlanta's wry, earthy cleaning lady cum sleuth, turns her own family - and a ruthless murderer - against her when she insists on investigating the carjacking death of her favorite cousin.Usually Callahan's nosy mother, Edna, who helps her run the House Mouse cleaning service, loves nothing better than kibbitzing her cases. But when Callahan's beloved cousin, Patti McNair, the prototypical suburban homemaker, is killed during a carjacking in an Atlanta ghetto, Edna and the rest of the family are incensed that Callahan insists on keeping the wounds open by probing for explanations of a death that seems as inexlicable as it is tragic. Callahan couldn't pick a less promising case to be stubborn about, either. The only lead comes from Patti's learning-disabled son, Dylan, who vaguely remembers his mother's attacker as a black man wearing a hat.With the help of the outrageous band of "girls" in her employ, Callahan learns that Patti and her husband, Bruce, a high-living lawyer, had anything but the idyllic home life that everyone, their relatives included, thought they did. Patti may have been getting more than just priestly counsel from her confidant, the charming Father Mart. Bruce is keeping secrets, too - shady new business associates and an affair that doesn't seem to be as far in the past as he insists it is. When Callahan has a chilling encounter with a trigger-happy gang leader, she realizes not only that she can find Patti's murderer but that she'd better do it fast, before she joins Patti in the family plot.While Callahan strives to solve the case and stay alive, we're treated to a splendidly evoked backdrop of the New South, where antebellum and postmodern collide. As always, though, Callahan herself is center stage - homespun yet street-smart, equally adept among Atlanta's country club set and its stone-cold inner-city gangsters. Callahan's at her forthright, feisty best in Kathy Trocheck's most ambitious, trenchant book yet.
Also in This Series 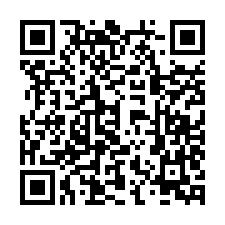