A Hundred Ways to Kill »

A Hundred Ways to Kill 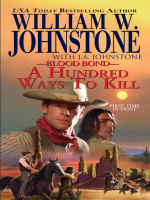 Description
The Greatest Western Writers Of The 21st Century

Young Matt Bodine and Sam Two Wolves. One is a rancher's son. The other a Half Breed outcast. To kill one you'd have to kill them both. And that would take an army--and a whole lot of luck. . .

A Hundred Ways To Kill. . .And Twice As Many Ways To Die

Heading west to San Diego some honest pilgrims paid ten men good money to keep their wagon train safe. Soon word comes to Tombstone, where Matt Bodine and Sam Two Wolves are wearing out their welcome gambling with Wyatt Earp. The wagon train's guards turned against their charges and headed off to Mexico with six young pioneer girls captive. Everyone knows the tortures of the damned that await the girls in the hellholes south of the border. But only Matt and Sam will do something about it.

But it's going to take more than their bravery and shooting skills to rescue those girls from the merciless white slavers. On the way to Mexico Matt and Sam ride into a war party of Apaches. They'll be facing outlaws and furious Apaches at the same time. For two blood brothers, the idea is to rescue those girls and blast their way North to freedom--no matter how many bullets it takes, or how many guns are shooting back. . .
Also in This Series 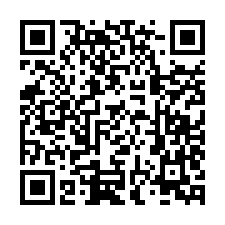