The Waterworks: A Novel 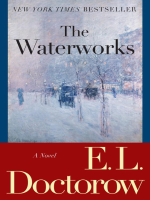 Description
One rainy morning in 1871 young Martin Pemberton, walking down Broadway in lower Manhattan, sees in a passing horse-drawn omnibus several old men in black, one of whom he recognizes as his supposedly dead and buried father. So begins E. L. Doctorow's astounding new novel of post-Civil War New York, where maimed veterans beg in the streets, newsboys fight for their corners, the Tweed Ring operates the city for its own profit, and a conspicuously self-satisfied class of new wealth and weak intellect is all a glitter in a setting of mass misery.
As Pemberton tries in vain to track the strange omnibus of old men, he leads us into a city we know and recognize and yet don't know, a ghost city that stands to contemporary New York like a panoramic negative print, reversed in its lights and shadows, its seasons turned round. The increasingly ominous tale is narrated by Pemberton's sometime employer, McIlvaine, the editor of the newspaper for which the young man writes occasional reviews. When Pemberton himself disappears, McIlvaine goes in pursuit of the truth of his freelance's bizarre fate. Layer by layer, he reveals to us a New York more deadly, more creative, more of a genius society than it is now. New technologies transport water to its reservoirs and gaslight to its streetlamps. Locomotives thunder down its streets. Telegraphy sings in its overhead wires, and its high-speed printing presses turn out tens of thousands of newspapers for a penny or two. It is a proudly, heedlessly modern city, and yet...the scene of ancient, primordial urges and transgressions, a companion city of our dreams...a moral hologram generated from this celebrated author's electrifying historical imagination.
The Waterworks is a haunting tale of genius and madness in a metropolis that is itself a product of these qualities. Masterfully written and promising to be unforgettable, it is a triumphant addition to E. L. Doctorow's remarkable body of work.
Also in This Series 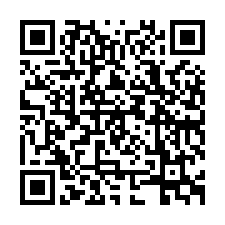