The private life of Chairman Mao: the memoirs of Mao's personal physician

Description
From 1954 until Mao Zedong's death twenty-two years later, Dr. Li Zhisui was the Chinese ruler's personal physician, which put him in almost daily - and increasingly intimate - contact with Mao and his inner circle. For most of these years, Mao's health was excellent; thus he and the doctor had time to discuss political and personal matters. Dr. Li recorded many of these conversations in his diaries as well as in his memory. In The Private Life of Chairman Mao he vividly reconstructs his extraordinary experience. The result is a book that will profoundly alter our view of Chairman Mao and of China under his rule.
Dr. Li clarifies numerous long-standing puzzles, such as the true nature of Mao's feelings toward the United States and the Soviet Union. He describes Mao's deliberate rudeness toward Khrushchev when the Soviet leader paid his secret visit to Beijing in 1958, and we learn here, for the first time, how Mao came to invite the American table tennis team to China, a decision that led to Nixon's historic visit a few months later. We also learn why Mao took the disastrous Great Leap Forward, which resulted in the worst famine in recorded history, and his equally strange reason for risking war with the United States by shelling the Taiwanese islands of Quemoy and Matsu.
Dr. Li supplies surprising portraits of Zhou Enlai and many other top leaders. He describes Mao's perverse relationship with his wife, and gives us insight into the sexual politics of Mao's court. We witness Mao's bizarre death and the even stranger events that followed it. Dr. Li tells of Mao's remarkable gift for intimacy, as well as of his indifference to the suffering and deaths of millions of his fellow Chinese, including old comrades. Readers will find here a full and accurate account of Mao's sex life, and of such personal details as his peculiar sleeping arrangements and his dependency on barbiturates.
Also in This Series 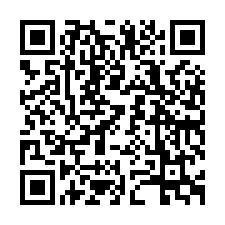