Description
Of Belgrave Square, the last novel in Anne Perry's Victorian mystery series, The New York Times proclaimed "Miss Perry's themes are reminiscent of Jane Austen's novels...When Anne Perry puts Thomas and Charlotte Pitt on the case we are in exemplary Victorian company." Now, in Farriers' Lane, Anne Perry once again brings back Victorian London with every cobblestone in place. We feel the damp fog, smell the flower seller's violets, hear the cries of costermongers and newsboys - and sometimes the muffled sounds of violence.
Police Inspector Thomas Pitt and his wife, Charlotte, are enjoying a rare evening at the theatre when, in a box near their own, a distinguished judge in the court of appeals, Mr. Justice Stafford, falls ill and dies of opium poisoning. His shocking demise resurrects one of the most sensational cases ever to inflame England: the murder five years before of Kingsley Blaine. His body had been found crucified in Farriers' Lane, an alley near the theatre. With a hysterical public screaming for revenge, the police had arrested a Jewish actor, who was soon condemned to hang. Pitt, investigating Stafford's death, is drawn into the Farriers' Lane murder as well; it appears that Stafford may have been about to reopen the case.
He receives curiously little help from his colleagues on the force, but Charlotte gleans from her social engagements startling insights into the apparently blameless lives of the women in both cases. Even young Gracie, Charlotte's maid-of-all-work, lends a helping hand. So does the playwright Oscar Wilde.
Slowly, behind the pose of private morality and judicial probity that masks the strange passions and stranger fears of London's wealthy middle class, Pitt reaches for the sinister and deeply dangerous truth.
Also in This Series 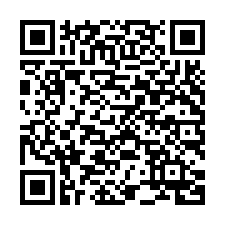