The Street Lawyer: A Novel 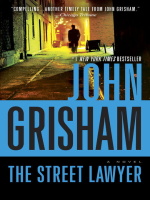 Description
#1 NEW YORK TIMES BEST SELLER • Michael Brock is billing the hours, making the money, rushing relentlessly to the top of Drake & Sweeney, a giant D.C. law firm. One step away from partnership, Michael has it all. Then, in an instant, it all comes undone.

The money was good and getting better; a partnership was three years away. He was a rising star with no time to waste, no time to stop, no time to toss a few coins into the cups of panhandlers. No time for a conscience.

But a violent encounter with a homeless man stopped him cold. Michael survived; his assailant did not. Who was this man? Michael did some digging, and learned that he was a mentally ill veteran who'd been in and out of shelters for many years. Then Michael dug a little deeper, and found a dirty secret, and the secret involved Drake & Sweeney.

The fast track derailed; the ladder collapsed. Michael bolted the firm and took a top-secret file with him. He landed in the streets, an advocate for the homeless, a street lawyer.

And a thief.
Also in This Series 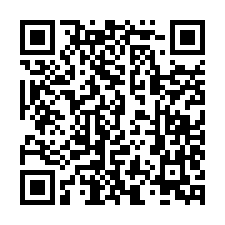 accelerated_reader_point_value
0
accelerated_reader_reading_level
0
author
Grisham, John
author2-role
3M Company
author_display
Grisham, John
available_at_addison
Addison Public Library
Online OverDrive Collection
detailed_location_addison
Online OverDrive Collection
display_description
BONUS: This edition contains an excerpt from John Grisham's The Confession. He gave up the money.  He gave up the power.  Now all he has left is the law. Michael Brock is billing the hours, making the money, rushing relentlessly to the top of Drake & Sweeney, a giant D.C. law firm.  One step away from partnership, Michael has it all.  Then, in an instant, it all comes undone. A homeless man takes nine lawyers hostage in the firm's plush offices.  When it is all over, the man's blood is splattered on Michael's face--and suddenly Michael is willing to do the unthinkable.  Rediscovering a conscience he lost long ago, Michael is leaving the big time for the streets where his attacker once lived--and where society's powerless need an advocate for justice. But there's one break Michael can't make: from a secret that has floated up from the depths of Drake & Sweeney, from a confidential file that is now in Michael's hands, and from a conspiracy that has already taken lives.  Now Michael's former partners are about to become his bitter enemies.  Because to them, Michael Brock is the most dangerous man on the streets....
format_addison
eBook
format_category_addison
eBook
eBooks
id
fc4a6367-ad25-6dbb-bb94-3e08bf50a799
isbn
9780307576088
itype_addison
eCollection
last_indexed
2022-10-07T10:06:20.065Z
lexile_score
-1
literary_form
Fiction
literary_form_full
Fiction
local_callnumber_addison
Online
Online OverDrive
owning_library_addison
Addison Public Library Online
owning_location_addison
Addison Public Library
Online OverDrive Collection
primary_isbn
9780307576088
publishDate
2010
publisher
Knopf Doubleday Publishing Group
Random House Publishing Group
recordtype
grouped_work
subject_facet
Electronic books
Legal -- FICTION
Suspense -- FICTION
title_display
The Street Lawyer A Novel
title_full
The Street Lawyer A Novel
The Street Lawyer [electronic resource] Grisham, John.
title_short
The Street Lawyer
title_sub
A Novel
topic_facet
Fiction
Legal
Literature
Suspense
Thriller