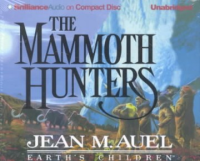 Once again Jean M. Auel opens the door of a time long past to reveal an age of wonder and danger at the dawn of the modern human race.

Riding Whinney with Jondalar, the man she loves, and followed by the mare's colt, Ayla ventures into the land of the Mamutoi'the Mammoth Hunters. She has finally found the Others she has been seeking. Though Ayla must learn their different customs and language, she is adopted because of her remarkable hunting ability, singular healing skills, and uncanny fire-making technique. She finds women friends and painful memories of the Clan she left behind, and meets Ranec, the dark-skinned, magnetic master carver of ivory, whom she cannot refuse'inciting Jondalar to a fierce jealousy that he tries to control by avoiding her.

Throughout the icy winter the tension mounts, but warming weather will bring the great mammoth hunt and the mating rituals of the Summer Meeting, when Ayla must choose to remain with Ranec and the Mamutoi, or to follow Jondalar on a long journey into an unknown future. 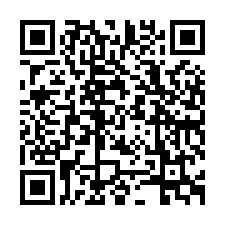 accelerated_reader_point_value
0
accelerated_reader_reading_level
0
auth_author2
Burr, Sandra
author
Auel, Jean M.
author2-role
Burr, Sandra.|Performer
author_display
Auel, Jean M.
available_at_addison
Addison Public Library
Online OverDrive Collection
collection_addison
Adults
detailed_location_addison
2nd Floor- Adult Audio Books
Online OverDrive Collection
display_description
Set in the challenging terrain of Ice Age Europe that millions of Jean Auel’s readers have come to treasure, The Mammoth Hunters is an epic novel of love, knowledge, jealousy, and hard choices—a novel certain to garner Jean Auel even greater acclaim as a master storyteller of the dawn of humanity.
Ayla, the independent heroine of The Clan of the Cave Bear and The Valley of Horses, sets out from the valley on Whinney, the horse she tamed. With her is Jondalar, the tall, handsome, yellow-haired man she nursed back to health and came to love. Together they meet the Mamutoi—the Mammoth Hunters—people like Ayla. But to Ayla, who was raised by the Clan of the Cave Bear, they are “the Others.” She approaches them with mixed feelings of fear and curiosity.
Talut, a powerful bear of a man with bright red hair, a booming laugh, and a gentle heart, and his tall, dark-haired sister, Tulie, are the leaders of the Lion Camp of the Mamutoi. It is here that Ayla finds her first women friends, but some among the Mamutoi dislike Ayla because she was raised by “flatheads,” their name for the people of the Clan. Ayla is haunted by her memories of the Clan because Rydag, a child of mixed parentage living with the Mamutoi, bears so strong a resemblance to her own son, Durc.
It is the Mamutoi master carver of ivory—dark-skinned Ranec, flirtatious, artistic, magnetic—who fascinates Ayla. She finds herself drawn to him. Because of her uncanny control over animals, her healing skills, and the magic firestone she discovered, Ayla is adopted into the Mammoth Hearth by Mamut, the ancient shaman of the Great Earth Mother.
Ayla finds herself torn between her strong feelings for Ranec and her powerful love for the wildly jealous and unsure Jondalar. It is not until after the great mammoth hunt, when Ayla’s life is threatened, that a fateful decision is made.
This eBook includes the full text of the novel plus the following additional content:
• An Earth’s Children® series sampler including free chapters from the other books in Jean M. Auel’s bestselling series
• A Q&A with the author about the Earth’s Children® series
format_addison
Book on CD
eBook
format_category_addison
Audio Books
eBook
id
fd721a52-a8f2-d5ac-8ad3-66e61d36f61a
isbn
9780307767639
9781590860908
itype_addison
Audiobook on CD
last_indexed
2022-12-02T11:23:54.412Z
lexile_score
-1
literary_form
Fiction
literary_form_full
Fiction
local_callnumber_addison
AUDIO BOOK FIC AUEL J.
Online OverDrive
owning_library_addison
Addison Public Library
Addison Public Library Online
owning_location_addison
Addison Public Library
Online OverDrive Collection
primary_isbn
9781590860908
publishDate
1986
2010
publisher
Brilliance Audio
Random House Publishing Group
recordtype
grouped_work
series
Earth's children
series_with_volume
Earth's children|0003
subject_facet
Audiobooks -- Unabridged
Ayla (Fictitious character)
Europe -- Fiction
Glacial epoch -- Fiction
Historical fiction
Prehistoric peoples -- Fiction
title_display
The Mammoth Hunters
title_full
The Mammoth Hunters
The mammoth hunters [CD sound recording] / Jean M. Auel
title_short
The Mammoth Hunters
topic_facet
Ayla (Fictitious character)
Fiction
Glacial epoch
Historical Fiction
Literature
Prehistoric peoples
Thriller