Description
It's life and death neck-and-neck in the stretch in this, Dick Francis's thirty-first horseracing thriller.
Young ex-jockey Freddie Croft owns a profitable fleet of horse vans that convey runners to the course. A man who has few illusions about racing's smarmier aspects, Freddie is a stickler for security. But even he is startled by the violence that erupts when a hard, fast rule is broken: Never pick up a hitchhiker.
In what will be the first of many ironies, the passenger - not the driver - turns up dead. And if one corpse is bad for business, what happens next could well be fatal: Freddie is swept unknowingly into the vortex of a malign conspiracy in which appearances deceive and the cost of being duped is murderously high. Tilting at the shifting shadows cast by his elusive adversaries, he must summon up extraordinary guile and courage to protect his enterprise - and save his life.
Driving Force is Dick Francis at his most tantalizingly complex and dramatically propulsive - the kind of top-drawer suspense no aficionado can resist.
Also in This Series 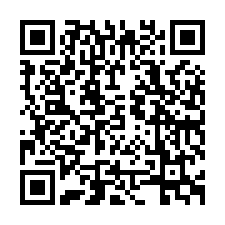