Description
Gen. Douglas MacArthur enlists the help of a discreet private detective in &;one of the sprightliest of the [Toby Peters] series&; (Time). &#160; It&;s September 1942, and Gen. Douglas MacArthur believes he&;s got what it takes to win the war in the Pacific&;but he&;s got a personal problem to take care of first. An aide has run off with his war chest, his donor list, and a handful of embarrassing private letters: a haul that would make the general a perfect target for blackmail and derail the post-war presidential run he&;s planning. This is one battle he can&;t afford to lose. &#160; So the general enlists Det. Toby Peters, who has built a reputation for discretion among Hollywood&;s elite, not to mention the White House. Forming a surprising alliance with former Pinkerton agent and legendary crime novelist, Dashiell Hammett, Peters follows the trail to Angel Springs, California, and a mysterious millionaire who&;s definitely no angel. In protecting the general from blackmail, Peters hopes to avoid paying the ultimate price himself. &#160; Edgar Award winner Stuart M.&#160;Kaminsky &;has a delightfully original mind enriching&;rather than just borrowing from&;an old literary form&; (Los Angeles Times).
Also in This Series

Restrictions on Access
Digital content provided by hoopla.
Description
Toby joins forces with a famous PI to save a general from embarrassment The uniformed man standing before Toby Peters is General Douglas MacArthur, a soldier who considers himself the only man who can defeat the Japanese. But though he may be all-powerful in the South Pacific, today he is in Los Angeles with a problem only a detective can solve. The general has an eye on a post-war promotion to the White House, and an aide has stolen his war chest, his donor list, and a handful of embarrassing private letters. To get them back, Toby may need some help. Lucky for him, he's just met Dashiell Hammett, one of the finest crime novelists of all time. Dodging his mistress while he's waiting to rejoin the army, Dash needs amusement and thinks Toby's case sounds like a lark. In fact, the assignment proves dangerous. Toby may not be a soldier, but he's finally gotten a chance to die at a general's whim.
System Details
Mode of access: World Wide Web.
Similar Series From NoveList
Similar Titles From NoveList
Similar Authors From NoveList
Librarian Reviews
Published Reviews
Reviews from GoodReads
Loading GoodReads Reviews.
Tagging
Tags:

Note! Citation formats are based on standards as of July 2010. Citations contain only title, author, edition, publisher, and year published. Citations should be used as a guideline and should be double checked for accuracy.
Staff View
Grouped Work ID:
ed0ffe13-f283-d2a8-4c2b-ca42ff4a0279
Go To GroupedWork 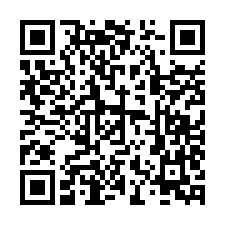