Description
With &;shades of Raymond Chandler and Dashiell Hammett,&; a 1940s Los Angeles private eye must recover FDR&;s kidnapped dog (The San Diego Union-Tribune). &#160; Working in Hollywood, private eye Toby Peters has met a lot of phonies. But his newest case concerns a four-legged faker who threatens the fate of the free world. A few classy dames have crossed the detective&;s doorstep, but none can touch the hem of the dress of the First Lady herself, Eleanor Roosevelt, who&;s come to him on a matter of top-secret national security. &#160; Six months after Pearl Harbor, Mrs. Roosevelt has developed a terrible suspicion. She thinks the president&;s sprightly Scottish terrier, Fala, has been kidnapped and replaced by an imposter, and she wants Peters to find the real rover&;for without him, all may be lost. &#160; As usual, the First Lady is right. Peters learns that the presidential pooch is the linchpin in a fiendish plot against the White House. Fortunately, this old detective has learned some new tricks, and he has no intention of rolling over and playing dead. &#160; Featuring a cameo by Buster Keaton, this Toby Peters mystery is further proof that Edgar Award&;winning author Stuart M.&#160;Kaminsky &;has a delightfully original mind enriching&;rather than borrowing from&;an old literary form&; (Los Angeles Times).
Also in This Series

Restrictions on Access
Digital content provided by hoopla.
Description
Hollywood PI Toby Peters looks for a kidnapped dog-with political connections If he is surprised to find Eleanor Roosevelt waiting for him in his dingy little office, Toby Peters does not show it. Although this is his first time working for the First Lady of the United States, years of private investigations for the Hollywood elite have left him unfazed by a famous face. The First Lady comes straight to the point. Six months after Pearl Harbor, the only thing that keeps her husband from buckling under the pressures of the presidency is his dog, a sprightly black terrier named Fala. As America gears up for war, Mrs. Roosevelt has a secret domestic problem: She fears that Fala has been kidnapped and replaced by an imposter. As he investigates the dog's whereabouts, Toby learns that the dog is the linchpin in a fiendish plot against the White House. He must recover the real Fala quickly, for the fate of the free world rests in the terrier's paws.
System Details
Mode of access: World Wide Web.
Similar Series From NoveList
Similar Titles From NoveList
Similar Authors From NoveList
Librarian Reviews
Published Reviews
Reviews from GoodReads
Loading GoodReads Reviews.
Tagging
Tags:

Note! Citation formats are based on standards as of July 2010. Citations contain only title, author, edition, publisher, and year published. Citations should be used as a guideline and should be double checked for accuracy.
Staff View
Grouped Work ID:
e6c63120-072d-0847-f94c-5669488845a8
Go To GroupedWork 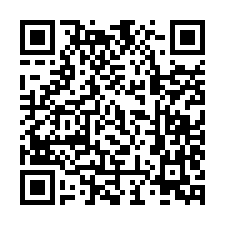