Description
A 1940s Hollywood gumshoe heads to San Francisco to foil a very real phantom of the opera in this &;believable and entertaining&; mystery (Publishers Weekly). &#160; 1942 is a dangerous year to stage Madama Butterfly. Although Puccini&;s masterpiece is a perennial favorite of the San Francisco opera crowd, its sympathetic depiction of a Japanese girl causes tension a year after Pearl Harbor. Newspaper editorialists rage against the production, opera buffs picket the theater, and a note appears nailed to the house door, threatening violence against cast and crew. &#160; But someone is doing more than making idle threats&;a self-styled phantom of the opera. When a workman on the opera house renovation is killed, the maestro, Leopold Stokowski, the conductor who starred in Disney&;s Fantasia, calls Hollywood PI Toby Peters to catch a madman. &#160; With two days to go before opening night, the attacks are building to a crescendo. As Peters hunts for the phantom, he falls for one of the company starlets. But they must tread lightly, or face a finale far more tragic than anything dreamed of by Puccini. &#160; &;Hardly a pause separates the frightful, madly comic and nostalgic incidents made believable and entertaining in Kaminsky&;s artful handling&; (Publishers Weekly).
Also in This Series

Restrictions on Access
Digital content provided by hoopla.
Description
A killer terrorizes the San Francisco opera, and Toby Peters may be his next victim The year 1942 is a bad time to stage Madama Butterfly. Although Puccini's masterpiece is a perennial favorite of the San Francisco opera crowd, its sympathetic depiction of a Japanese girl causes tension in the dark months following Pearl Harbor. Newspaper editorialists rage against the production, opera buffs picket the theater, and a note appears nailed to the house door, threatening violence against the cast and crew. When the first workman dies, the maestro calls Toby Peters, a Los Angeles detective who works discreetly for Hollywood's rich and famous. Two days remain before the opening night, and the body count continues to rise. As he hunts for this self-styled phantom of the opera, Toby falls for one of the company starlets. They must tread lightly, or risk a death more dramatic than anything Puccini ever dreamed of.
System Details
Mode of access: World Wide Web.
Similar Series From NoveList
Similar Titles From NoveList
Similar Authors From NoveList
Librarian Reviews
Published Reviews
Reviews from GoodReads
Loading GoodReads Reviews.
Tagging
Tags:

Note! Citation formats are based on standards as of July 2010. Citations contain only title, author, edition, publisher, and year published. Citations should be used as a guideline and should be double checked for accuracy.
Staff View
Grouped Work ID:
5228aa5e-0145-fda1-c0ad-ca2506c7ae49
Go To GroupedWork 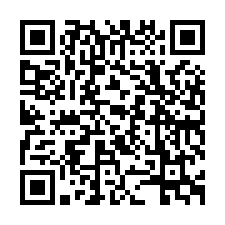