Description
A forties Hollywood PI does not forsake Gary Cooper: &;Like all of Toby [Peters&;s] adventures, High Midnight is high entertainment&; (The Cincinnati Post). &#160; When laconic leading man Gary Cooper needs a detective, he does the smart thing and hires Toby Peters, sleuth to the stars. But the man he finds in Peters&;s office isn&;t the famously discreet private eye&;it&;s the dentist who shares his office, who&;s always had a fantasy of playing gumshoe, and happily agrees to take care of Cooper&;s blackmail problem. Impersonating Peters, the dentist bungles the case disastrously, and setting it right will be like pulling teeth. &#160; Cooper is in trouble with a Chicago gangster named Lombardi, who&;s come to Los Angeles intending to set himself up as the cold cuts king of California. Thanks to the dentist&;s meddling, he wants the actor dead. When Cooper hightails it with his old drinking buddy Ernest Hemingway, it&;s up to Peters to avoid a showdown. &#160;High Midnight shows once again how Edgar Award winner Stuart M.&#160;Kaminsky &;has a delightfully original mind enriching&;rather than just borrowing from&;an old literary form&; (Los Angeles Times).
Also in This Series

Restrictions on Access
Digital content provided by hoopla.
Description
Toby Peters tries to protect a Western star against a vicious salami-mogul Toby Peters is enjoying a moonlighting gig as the house detective at a hot-sheets motel when two giant men come to take him for a ride. They're Chicago toughs, visiting Los Angeles with their boss, Lombardi, who has come west to establish himself as the cold-cuts king of California. His message to Peters is simple: Stop asking questions and tell Cooper he didn't find anything. Or else. "Cooper" is Gary Cooper, who recently hired a detective named Toby Peters to quiet a blackmailer. But that wasn't Toby-it was the dentist who shares his office. The amateur sleuth bungled the case so badly that now they're all in danger from Lombardi, the blackmailers, and anyone else with a hot head and a .45. If Toby Peters can't sort this out quickly, the next batch of Lombardi hot dogs will be made of one hundred percent pure-ground detective.
System Details
Mode of access: World Wide Web.
Similar Series From NoveList
Similar Titles From NoveList
Similar Authors From NoveList
Librarian Reviews
Published Reviews
Reviews from GoodReads
Loading GoodReads Reviews.
Tagging
Tags:

Note! Citation formats are based on standards as of July 2010. Citations contain only title, author, edition, publisher, and year published. Citations should be used as a guideline and should be double checked for accuracy.
Staff View
Grouped Work ID:
b6921cee-435d-1d99-af33-b2f10593dd38
Go To GroupedWork 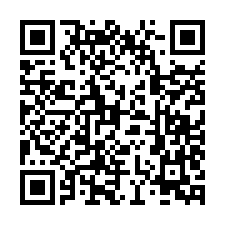