The man who shot Lewis Vance »

Description
Someone&;s gunning for John Wayne in this &;well-plotted&; mystery set in 1940s Hollywood featuring a wisecracking private eye (Publishers Weekly). &#160; Something about Lewis Vance&;s story doesn&;t add up. The guy claims to be John Wayne&;s stand-in, and he&;s called Det. Toby Peters about a possible job involving the star. But when Peters meets him in a seedy hotel room, Vance slips him a mickey. After Peters comes to, his head pounding, he sees the real John Wayne pointing a .38 at him. Vance was not exactly a dead ringer for the Duke&;but he is dead, lying on the hotel bed with a bullet hole drilled in his forehead. And it&;s a dead heat as to who&;s more confused&;the gumshoe or the movie star. &#160; On screen no one gets the drop on the Duke, but in real life someone&;s trying to kill him. Wayne hires Peters to get to the bottom of things, and soon he&;s tangled up in a twisted conspiracy that also involves a dubious desk clerk named Teddy Spaghetti, the Russians, and none other than the Little Tramp himself, Charlie Chaplin. &#160; &;As in the other entries in this series, Kaminsky&;s use of period detail and his appealing renderings of real-life celebrities provide the strongest recommendations for this well-plotted mystery.&; &;Publishers Weekly
Also in This Series

Restrictions on Access
Digital content provided by hoopla.
Description
A hotel murder involves Toby Peters with one of Hollywood's toughest stars Toby Peters wakes up with a headache, a gun in his face, and a body on the hotel-room bed. He is less surprised by the gun than by the man holding it: Marion Morrison, a.k.a John Wayne. Both of them were lured here by the dead man. The next arrival is a prostitute named Olivia, and hot on her heels is the house detective, who's come to check on the commotion in Room 303. Reasoning that nobody knows all four of them besides the desk clerk, Teddy, the two detectives haul Teddy upstairs, where he confesses to the murder. Wayne, Peters, and Olivia all have careers to protect, so the house detective agrees to keep their names out of it. It all seems too simple. As he looks into the murder, Toby finds that powerful people want to stop him from learning what happened while he was sleeping in Room 303.
System Details
Mode of access: World Wide Web.
Similar Series From NoveList
Similar Titles From NoveList
Similar Authors From NoveList
Editorial Reviews
Published Reviews
Reviews from GoodReads
Loading GoodReads Reviews.
Tagging
Tags:

Note! Citation formats are based on standards as of July 2010. Citations contain only title, author, edition, publisher, and year published. Citations should be used as a guideline and should be double checked for accuracy.
Staff View
Grouped Work ID:
d9a7c65d-0f68-c8ad-96b5-a0ebc7a7a574
Go To GroupedWork 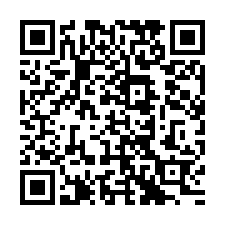