You bet your life »

You bet your life
(eBook)

Description
As a hard-boiled Hollywood PI enlists Al Capone&;s help to save the Marx Brothers, Kaminsky &;makes the totally wacky possible&; (The Washington Post). &#160; It&;s 1941 and the Marx Brothers&; first movie for MGM, Go West, has the country in stitches. But now Chico Marx is worried he&;s going to need stitches when he receives a severed ear in the mail&;a simple message from a Chicago bookie who wants $120,000, or else. Chico is baffled because, although he loves to gamble, he&;s never made a bet in Chicago. Desperate, he turns to the king of Hollywood, Louis B.&#160;Mayer, who puts in a call to Toby Peters. &#160; A Hollywood private detective who&;s proven himself adept at keeping scandals out of the tabloids, Peters flies to Florida for an interview with Al Capone, deposed lord of the Chicago underworld. The retired bootlegger&;s mind has gone soft, and he doesn&;t know anything about Chico&;s bookie, but he suggests Peters speak to his brother. With Scarface&;s good word as an introduction, the PI heads to Chicago. But it will take more than a good sense of humor to keep Groucho, Harpo, and especially Chico from getting axed. &#160; Edgar Award&;winner Stuart Kaminsky&;s &;Toby Peters series was a delight. They were written with more than a dash of humor and featured a variety of improbable real-life characters, ranging from the Marx Brothers to Judy Garland&; (Library Journal).
Also in This Series

Restrictions on Access
Digital content provided by hoopla.
Description
Toby Peters goes to Chicago to clear up a famous comic's gambling debts There's nothing funny about the package that comes for Chico Marx. It's a severed ear, a simple message from a Chicago bookie who wants $120,000 from the world-renown Marx brother. The strange thing is that, though Chico likes to gamble, he hasn't been making bets in Chicago. Terrified, he goes to the studio for help. Louis B. Mayer, king of Hollywood, places a call to Toby Peters. Peters's first lead is promising. Traveling on the studio's dime, he makes his way to Florida where he gets an interview with Al Capone, deposed lord of the Chicago underworld. The retired bootlegger's mind has gone soft, and he doesn't know anything about Chico's bookie, but he suggests Peters speak to his brother. With Scarface's good word as an introduction, Peters goes to Chicago, where it will take more than a good sense of humor to keep the Marxes from getting axed.
System Details
Mode of access: World Wide Web.
Similar Series From NoveList
Similar Titles From NoveList
Similar Authors From NoveList
Editorial Reviews
Published Reviews
Reviews from GoodReads
Loading GoodReads Reviews.
Tagging
Tags:

Note! Citation formats are based on standards as of July 2010. Citations contain only title, author, edition, publisher, and year published. Citations should be used as a guideline and should be double checked for accuracy.
Staff View
Grouped Work ID:
68387ab4-de8f-2e3e-194c-886a4e9bb9b9
Go To GroupedWork 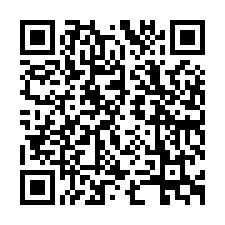