Description
A hard-boiled Hollywood PI has to work without a net to save Emmett Kelly from a killer who&;s not clowning around: &;Nostalgic fun&; (Publishers Weekly). &#160; In February 1942, Californians may be living in fear of a Japanese attack, but the show must go on. The circus is in town&;unfortunately so is a killer saboteur who&;s targeting the star attractions. Private detective Toby Peters is no stranger to going undercover, but this is the first time his disguise will include a red nose. &#160; The killer has already electrocuted an elephant, and hobo clown Emmett Kelly has had a close brush with death. The second-rate circus in this sleepy coastal town seems like another world from Peters&;s usual Hollywood beat, but of all people, Alfred Hitchcock, the director of Suspicion, is under suspicion. With the investigation on the verge of becoming a three-ring circus, it&;s up to Toby Peters to cage the killer before anyone else meets a bad end under the big top. &#160; Edgar Award winner Stuart M.&#160;Kaminsky&;s &;Toby Peters series [is] a delight&#160;.&#160;.&#160;. Written with more than a dash of humor&; and this big-top murder mystery is a &;fun, lightweight book for all mystery fans&; (Library Journal).
Also in This Series

Restrictions on Access
Digital content provided by hoopla.
Description
A circus stakeout puts Toby Peters at the bottom of the food chain The gorilla doesn't like clowns. Normally that wouldn't bother Toby Peters, since detective work tends to keep him far away from animal cages, but tonight he's dressed as a clown and locked in with the ape. The animal's handler told him not to worry-gorillas don't eat people. They just like to tear their arms and legs off. What the ape doesn't understand is that Peters is here for his protection. Earlier that week, someone electrocuted an elephant, and the gorilla, as one of the star attractions in this second-rate circus, is next on the hit list. Someone is killing animals to kill the circus, and if that doesn't work they may move on to human prey. Toby Peters has a shot at unraveling this big top mystery, as long as he survives his night in the gorilla's cage.
System Details
Mode of access: World Wide Web.
Similar Series From NoveList
Similar Titles From NoveList
Similar Authors From NoveList
Librarian Reviews
Published Reviews
Reviews from GoodReads
Loading GoodReads Reviews.
Tagging
Tags:

Note! Citation formats are based on standards as of July 2010. Citations contain only title, author, edition, publisher, and year published. Citations should be used as a guideline and should be double checked for accuracy.
Staff View
Grouped Work ID:
dc7b5391-cbbe-cc68-4291-c58fe8a5355a
Go To GroupedWork 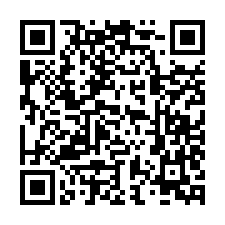