Description
In a fun series with &;shades of Raymond Chandler and Dashiell Hammett,&; a 1940s PI must find out who&;s gunning for Peter Lorre (TheSan Diego Union-Tribune). &#160; Scaly-voiced and bug-eyed actor Peter Lorre has become one of the most recognizable faces in Hollywood, especially after appearing in the Sam Spade crime drama, The Maltese Falcon, last year. Yet Hollywood PI Toby Peters still has to contend with his landlady believing the star of Think Fast, Mr. Moto, is Japanese. Whether playing an Asian detective or a weaselly villain, one role Lorre will probably never get is romantic lead&;except apparently in real life. Because the distraught dentist who shares offices with Peters insists his wife has run off with Peter Lorre and begs the detective to find her. &#160; As it turns out, the boyfriend in question is a Peter Lorre impersonator&;perhaps an even more bizarre romantic choice. But by the time Peters finds him, the mimic is doing a terrific imitation of a corpse. The bullet was meant for the real Lorre, who has just become the gumshoe&;s client&;whether he likes it or not. &#160; &;If you like your mysteries Sam Spade tough, with tongue-in-cheek and a touch of the theatrical, then the Toby Peters series is just your ticket.&; &;Houston Chronicle
Also in This Series

Restrictions on Access
Digital content provided by hoopla.
Description
Toby Peters gets caught between a pair of Peter Lorres Hollywood detective Toby Peters is asleep on his floor when the trouble starts. The dentist who shares his office calls, wailing that his wife has left him. Toby is shocked that a woman as unpleasant as Mildred could attract a suitor. Even more surprising is the name of the alleged Lothario: Peter Lorre, the scaly-voiced, bug-eyed Hollywood villain. Though he can't imagine why the dentist would want her back, Toby agrees to track down his missing wife. He finds Lorre in a greasy spoon near the Warner Brothers' lot, but the actor doesn't know a thing about missing Mildred. Her boyfriend turns out to be a Peter Lorre impersonator, and by the time Toby finds him, he's doing a passable imitation of a dead man. The bullet was meant for the real Lorre, who has just become Toby's client-whether he likes it or not.
System Details
Mode of access: World Wide Web.
Similar Series From NoveList
Similar Titles From NoveList
Similar Authors From NoveList
Librarian Reviews
Published Reviews
Reviews from GoodReads
Loading GoodReads Reviews.
Tagging
Tags:

Note! Citation formats are based on standards as of July 2010. Citations contain only title, author, edition, publisher, and year published. Citations should be used as a guideline and should be double checked for accuracy.
Staff View
Grouped Work ID:
7fc0e420-ecc1-b8f0-20e8-a1e322d39607
Go To GroupedWork 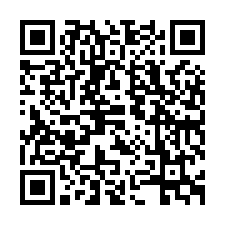