Down for the count »

Down for the count
(eBook)

Description
In this &;lively noir mystery,&; a 1940s Hollywood private eye tries to clear heavyweight champ Joe Louis and corner a killer (Library Journal). &#160; Joe Louis may be the heavyweight champ of the world, but private detective Toby Peters is pretty sure he&;s not a cold-blooded killer. Pretty sure, because Peters has just found the boxer standing over a man on the beach who&;s clearly been beaten to death. Louis claims he was just out for a run, but it doesn&;t look good. Offering his services on the spot, Peters joins the champ&;s corner. &#160; The corpse isn&;t just anyone. He happens to be Peters&;s ex-wife&;s new husband, the one she just hired him to find. Well, he found him. As the detective begins to investigate, he discovers the victim had lately taken an interest in the boxing world, which only further complicates matters. To clear the Louis, Peters will need to go a few rounds with a killer who won&;t be pulling any punches. &#160; The Edgar Award winner once again delivers a TKO in the hard-boiled detective genre with a tale Library Journal calls &;vintage Kaminsky.&;
Also in This Series

Restrictions on Access
Digital content provided by hoopla.
Description
Detective Toby Peters hunts the men who killed his ex-wife's new husband Heavyweight champ Joe Louis did not want to find a dead body today. After passing the afternoon with a woman who is not his wife, he's jogging on the beach when he sees two men standing over a corpse. He raises his fists, and they run. Toby Peters is even more sorry to see the body than Louis, for in a way, the dead man is family. Toby's ex-wife called him that morning, begging him to find her husband, who had disappeared after a week of threats on his life. This was not the way she wanted him found. Peters agrees to help Louis stay out of the papers while he investigates the murder. But when he learns that the dead man had lately taken a serious interest in boxing, a connection to Joe Louis starts to look like a fatal mistake.
System Details
Mode of access: World Wide Web.
Similar Series From NoveList
Similar Titles From NoveList
Similar Authors From NoveList
Librarian Reviews
Published Reviews
Reviews from GoodReads
Loading GoodReads Reviews.
Tagging
Tags:

Note! Citation formats are based on standards as of July 2010. Citations contain only title, author, edition, publisher, and year published. Citations should be used as a guideline and should be double checked for accuracy.
Staff View
Grouped Work ID:
bd2f8095-a6cd-02d0-e79e-a79d47f02cbb
Go To GroupedWork 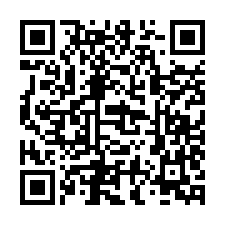