Description
A lonely man stumbles into a dangerous game in this twisting novel of psychological suspense by the New York Times&;bestselling author of The Crocodile Bird. &#160; In a desolate alley on the bank of the Thames, a spy slips through the shadows. Mungo is the Director General of English intelligence, and he knows Moscow Centre has been watching him for weeks, but there is no spy in London better at losing a tail. Satisfied he hasn&;t been followed, he drops off his message and disappears into the night. It&;s a classic scene of Cold War espionage, save for one detail: Mungo isn&;t a spy at all. He&;s a teenager, playing an epic game of make-believe. &#160; John Creevey, still reeling from the implosion of his marriage, is dreaming of taking revenge against his wife&;s lover when he discovers one of Mungo&;s coded signals. Unaware that the message is simply part of a child&;s game, he becomes obsessed with uncovering the rest of the spy network&;a tragic misunderstanding that threatens to turn this imaginary war into something very real&;and very deadly. &#160; &;Rendell has brilliantly interwoven these compelling strands into one masterful tale of suspense,&; writes Library Journal. Three-time Edgar Award winner Ruth Rendell was a master of psychological suspense, and Talking to Strange Men is one of the most unusual espionage stories in the history of the Cold War.
Also in This Series

Restrictions on Access
Digital content provided by hoopla.
Description
A man yearns to win back his wife's love and wreak vengeance on her lover with the help of a secret ring of spies. Dead drops, coded messages, and a safe house - it's all make-believe for a teenage spy ring. But when John Creevey intercepts the messages and believes them to be the work of a real crime syndicate, the spy games turn deadly serious in a fiery cocktail of obsession and revenge. Ruth Rendell expertly layers her narrative to reveal the grotesque truths behind her characters' ordinary lives.
System Details
Mode of access: World Wide Web.
Similar Series From NoveList
Similar Titles From NoveList
Similar Authors From NoveList
Editorial Reviews
Published Reviews
Reviews from GoodReads
Loading GoodReads Reviews.
Tagging
Tags:

Note! Citation formats are based on standards as of July 2010. Citations contain only title, author, edition, publisher, and year published. Citations should be used as a guideline and should be double checked for accuracy.
Staff View
Grouped Work ID:
81938282-f4d0-c25f-830e-6aaedcd452f8
Go To GroupedWork 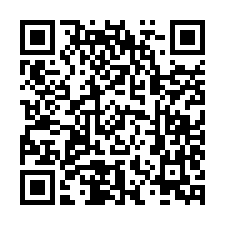