Set in New York City in the 1840s, this celebrated novel tells the story of Catherine Sloper, the docile and affectionate daughter of a well-to-do physician, who appears destined for a lifetime of spinsterhood with only the companionship of her sardonic father and fatuous aunt.When a flurry of attention from an attractive suitor causes the plain and unremarkable Catherine to fall deeply in love, the stage is set for a struggle of opposing wills between Catherine and her adored father. Dismayed by his prospective son-in-law's shallowness and lack of prospects, and strongly suspecting him of fortune-hunting, Dr. Sloper threatens Catherine with disinheritance and forces her into a choice between father and lover. As the tale unfolds, James explores, with acute psychological penetration and masterly storytelling skill, the moral consequences of the callous exploitation of trust and the ruthless manipulation of a tender heart.While this memorable story plays itself out in the vanished world of nineteenth-century New York, its underlying themes and moral concerns are timeless and universal. Students and other lovers of great literature will appreciate this inexpensive edition of one of the great American novels.

Note! Citation formats are based on standards as of July 2010. Citations contain only title, author, edition, publisher, and year published. Citations should be used as a guideline and should be double checked for accuracy.
Staff View
Grouped Work ID:
d2b8346c-a127-170a-1a9e-83808b7d267a
Go To GroupedWork 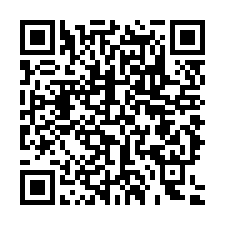