A promise of fire »

A promise of fire
(eBook)

Discover the white-hot fantasy romance that broke all the rules, where a fierce woman with powerful hidden magic goes toe-to-toe with the alpha warlord who abducted her...only to steal her heart.

KINGDOMS WILL RISE AND FALL FOR HER...

Cat Fisa isn't who she pretends to be. She's perfectly content living disguised as a soothsayer in a traveling circus, avoiding the destiny the Gods—and her dangerous family—have saddled her with. As far as she's concerned, the magic humming within her blood can live and die with her. She won't be a pawn in anyone's game.

But then she locks eyes with an ambitious warlord from the magic-deprived south and her illusion of safety is shattered forever.

Griffin knows Cat is the Kingmaker—the woman who divines truth through lies—and he wants her to be a powerful weapon for his newly conquered realm. Kidnapping her off the street is simple enough, but keeping the fierce beauty by his side is infuriatingly tough. Cat fights him at every turn, showing a ferocity of spirit that burns hot...and leaves him desperate for more. But can he ever hope to prove to his once-captive that he wants her there by his side as his equal, his companion...and maybe someday, his Queen?

Get ready to burn: This romantic fantasy reads like the fiercest fairytale and includes a protective alpha warlord, enemies who become so much more, high action, humor, heat, and a dangerous world where mythical creatures hide. Readers will want to return to this fantasy world again and again in its sequels A Breath of Fire and Heart on Fire.

Restrictions on Access
Digital content provided by hoopla.
Description
KINGDOMS WILL RISE AND FALL FOR HER... BUT NOT IF SHE CAN HELP IT Catalia "Cat" Fisa lives disguised as a soothsayer in a traveling circus. She is perfectly content avoiding the danger and destiny the Gods-and her homicidal mother-have saddled her with. That is, until Griffin, an ambitious warlord from the magic-deprived south, fixes her with his steely gaze and upsets her illusion of safety forever. Griffin knows Cat is the Kingmaker, the woman who divines the truth through lies. He wants her as a powerful weapon for his newly conquered realm-until he realizes he wants her for much more than her magic. Cat fights him at every turn, but Griffin's fairness, loyalty, and smoldering advances make him increasingly hard to resist and leave her wondering if life really does have to be short, and lived alone.
System Details
Mode of access: World Wide Web.
Similar Series From NoveList
Similar Titles From NoveList
Similar Authors From NoveList
Librarian Reviews
Published Reviews
Reviews from GoodReads
Loading GoodReads Reviews.
Tagging
Tags:

Note! Citation formats are based on standards as of July 2010. Citations contain only title, author, edition, publisher, and year published. Citations should be used as a guideline and should be double checked for accuracy.
Staff View
Grouped Work ID:
1438d8e7-2226-2bc9-9048-ba3d75bd04ef
Go To GroupedWork 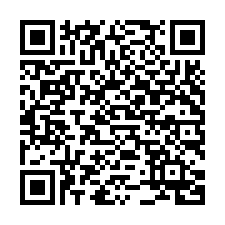