Description
An old man is dying. When the old man is dead they will come for him. And they will come for her, to make him hurt. Â John Hart has written three New York Times bestsellers and won an unprecedented two back-to-back Edgar Awards. His books have been called "masterful" (Jeffery Deaver) and "gripping" (People) with "Grisham-style intrigue and Turow-style brooding" (The New York Times). Now he delivers his fourth novel--a gut-wrenching, heart-stopping thriller no reader will soon forget.Â HE WOULD GO TO HELLAt the Iron Mountain Home for Boys, there was nothing but time. Time to burn and time to kill, time for two young orphans to learn that life isn't won without a fight. Julian survives only because his older brother, Michael, is fearless and fiercely protective. When tensions boil over and a boy is brutally killed, there is only one sacrifice left for Michael to make: He flees the orphanage and takes the blame with him.Â TO KEEP HER SAFEFor two decades, Michael has been an enforcer in New York's world of organized crime, a prince of the streets so widely feared he rarely has to kill anymore. But the life he's fought to build unravels when he meets Elena, a beautiful innocent who teaches him the meaning and power of love. He wants a fresh start with her, the chance to start a family like the one he and Julian never had. But someone else is holding the strings. And escape is not that easy. . . .Â GO TO HELL, AND COME BACK BURNINGThe mob boss who gave Michael his blessing to begin anew is dying, and his son is intent on making Michael pay for his betrayal. Determined to protect the ones he loves, Michael spirits Elena--who knows nothing of his past crimes, or the peril he's laid at her door-- back to North Carolina, to the place he was born and the brother he lost so long ago. There, he will encounter a whole new level of danger, a thicket of deceit and violence that leads inexorably to the one place he's been running from his whole life: Iron House.
Also in This Series

Restrictions on Access
Digital content provided by hoopla.
Participants/Performers
Read by Scott Sowers.
Description
Two families. Two brothers. One explosive secret. John Hart has written four New York Times bestsellers and won an unprecedented two back-to-back Edgar Awards. The New York Times labeled his work "Grisham-style intrigue and Turow-style brooding." Now he delivers a gut-wrenching, heart-stopping thriller no reader will soon forget. There was nothing but time at the Iron Mountain Home for Boys, time for two orphans to learn that life is neither painless nor won without a fight. Julian survives only because his older brother, Michael, is both feared and fiercely protective. When an older boy is brutally killed, Michael makes the ultimate sacrifice to protect his brother: He flees the orphanage and takes the blame with him. For two decades, Michael thrives on the streets of New York, eventually clawing his way to a world of wealth, fear and respect. But the life he's fought to build unravels when he meets a woman who knows nothing of his past or sins. He wants a fresh start with Elena, the chance to build a family of his own. But a life in organized crime is not so easily abandoned. With a price on his head and everyone he loves at risk, Michael spirits Elena back to North Carolina, to the brother he'd lost and a thicket of intrigue more dense than he could possibly imagine. In a tour de force narrative of violence, hope and redemption, the brothers must return to the Iron House of their childhood, to the place that almost broke them, the place it all began.
System Details
Mode of access: World Wide Web.
Similar Series From NoveList
Similar Titles From NoveList
Similar Authors From NoveList
Librarian Reviews
Published Reviews
Reviews from GoodReads
Loading GoodReads Reviews.
Tagging
Tags:

Note! Citation formats are based on standards as of July 2022. Citations contain only title, author, edition, publisher, and year published. Citations should be used as a guideline and should be double checked for accuracy.
Staff View
Grouped Work ID:
5e944667-bf26-47f2-8733-c022aa72ed09
Go To GroupedWork 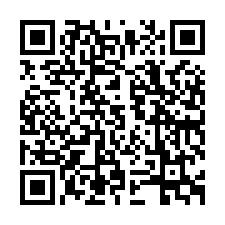