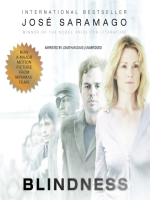 Description
A city is hit by an epidemic of "white blindness" which spares no one. Authorities confine the blind to an empty mental hospital, but there the criminal element holds everyone captive, stealing food rations and raping women. There is one eyewitness to this nightmare who guides seven strangers—among them a boy with no mother, a girl with dark glasses, a dog of tears—through the barren streets, and the procession becomes as uncanny as the surroundings are harrowing. A magnificent parable of loss and disorientation and a vivid evocation of the horrors of the twentieth century, Blindness has swept the reading public with its powerful portrayal of man's worst appetites and weaknesses—and man's ultimately exhilarating spirit. This is the stunningly powerful novel of man's will to survive against all odds, by the winner of the 1998 Nobel Prize for Literature.
Also in This Series

Formats
OverDrive MP3 Audiobook
Works on MP3 Players, PCs, and Macs. Some mobile devices may require an application to be installed.
Sample Sample Place Hold OverDrive MP3 Audiobook
OverDrive Listen
Sample Sample Place Hold OverDrive Listen
Need Help?
If you are having problem transferring a title to your device, please fill out this support form or visit the library so we can help you to use our eBooks and eAudio Books.
More Like This

There are 2 holds on this title. 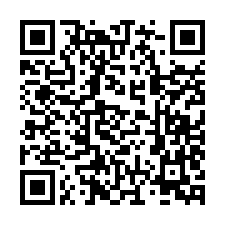