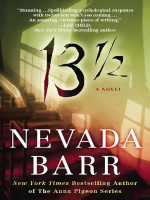 Description
With 13 ½, Nevada Barr, New York Times bestselling author of the award-winning Anna Pigeon novels, has written a taut and terrifying psychological thriller. It carries the reader from the horrifying 1970s murder spree of a child— dubbed “Butcher Boy” by a shocked public—in Rochester, Minnesota, to Polly, the abused daughter of Mississippi “trailer trash,” to post-Katrina New Orleans.In Jackson Square in the French Quarter a tarot card reader told Polly Deschamps she would be a success. Thirty years later, Polly is a respected professor of literature with good friends and her own home—a safe life for her and her two daughters.
Butcher Boy, released on his seventeenth birthday, shook the snow from his boots and headed south.New Orleans, a Mecca for runaways then and now, offers sanctuary but never forgiveness.
When Polly falls in love with Marshall Marchand, a restoration architect who is helping to rebuild her adopted city, shadows of the past rise out of the poisoned ground of New Orleans as thick and deadly as the toxic waters of the flood.
Like history, some crimes are doomed to repeat themselves. Evil stays the same, only the victims’ names change. As two broken pasts collide in an uncertain present, Polly is determined that her children’s names will never be on that list.
Also in This Series

Formats
Adobe EPUB eBook
Works on all eReaders (except Kindles), desktop computers and mobile devices with reading apps installed.
Sample Sample
OverDrive Read
Sample Sample
Need Help?
If you are having problem transferring a title to your device, please fill out this support form or visit the library so we can help you to use our eBooks and eAudio Books.
More Like This

Note! Citation formats are based on standards as of July 2022. Citations contain only title, author, edition, publisher, and year published. Citations should be used as a guideline and should be double checked for accuracy.
Copy Details 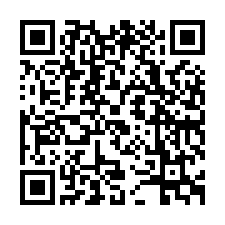