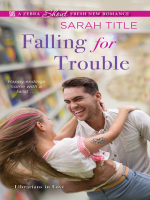 Description
The riot grrrl and the bookworm—just the pair to get the whole town talking...
Liam Byrd loves Halikarnassus, New York. He loves its friendliness, its nosiness, the vibrant library at the center of it all. And now that Joanna Green is home, the whole town sizzles. A rebel like her stirs up excitement, action, desire—at least in Liam.
Joanna never thought she'd have to come back to her dull, tiny fishbowl of a hometown ever again. She almost had a record deal for her all-girl rock band. She almost had it made in L.A. And then her deal went sour and her granny broke her leg . . . and now here she is, running into everybody's favorite librarian every time she heads to a dive bar or catches up with old friends.
He has charm, he has good taste in music—and the sight of him in running shorts is dangerously distracting. But when he loves her old town and she can't wait to check out, their new romance is surely destined for the book drop...
Praise for The Undateable
"Socially aware and laugh-out-loud funny, with a love story that's real enough to imagine reading about on Twitter. A delightful start to Librarians in Love." —Kirkus Reviews, STARRED Review

Formats
Adobe EPUB eBook
Works on all eReaders (except Kindles), desktop computers and mobile devices with reading apps installed.
Sample
Kindle Book
Works on Kindles and devices with a Kindle app installed.
Sample
OverDrive Read
Sample
Need Help?
If you are having problem transferring a title to your device, please fill out this support form or visit the library so we can help you to use our eBooks and eAudio Books.
More Like This

Note! Citation formats are based on standards as of July 2010. Citations contain only title, author, edition, publisher, and year published. Citations should be used as a guideline and should be double checked for accuracy.
Copy Details
Staff View
Grouped Work ID:
1f179515-cf00-1727-f242-3c3b3d1ed4c6
Go To Grouped Work 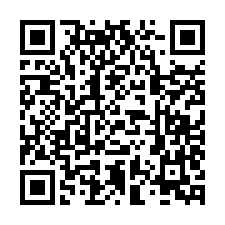