Rooster's off to see the world
(Book)

Description
"One fine morning, a rooster decided he wanted to travel." In strikingly designed, colorful collage illustrations and a beguiling simple text, Eric Carle takes his young readers on a trip with the rooster and his companions. As he travels, the rooster is joined by two cats, three frogs, four turtles and five fish, offering the child a graphic introduction to the meaning of numbers, number sets and addition within the context of an entertaining story. When night falls, the rooster's friends find he has made no provisions for their food or shelter and, disappointed, they abandon the expedition -- once again in sets of five, four, three and two, but this time in a declining series. Finally the rooster, too, decides that he has seen enough of the world and that he is, in fact, a little bit homesick. Eric Carle believes in letting children make learning discoveries at their own pace. This book can be read and enjoyed for its story and its beautiful illustrations alone; however, the child who is ready to begin to think mathematically will find additional pleasures in the opportunities presented in the text, the pictures and the diagrams for learning basic arithmetic concepts.
Also in This Series

Note! Citation formats are based on standards as of July 2010. Citations contain only title, author, edition, publisher, and year published. Citations should be used as a guideline and should be double checked for accuracy.
Staff View
Grouped Work ID:
90eb5120-6f9e-60ef-a3ec-431a0efaf915
Go To GroupedWork 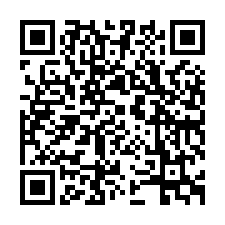