Catalog The elfstones of Shannara / »  Book »

The elfstones of Shannara
(Book)

Description
ONE OF THE MOST POPULAR FANTASY TALES OF ALL TIME. NOW AN EPIC TV SERIES.   Thousands of years after the destruction of the age of man an d science, new races and magic now rule the world, but an imminent danger threatens. A horde of evil Demons is beginning to escape and bring death upon the land. Only Wil Ohmsford, the last of the Shannara bloodline, has the power to guard the Elven Princess Amberle on a perilous quest to the save the world, while the leader of the Demon force aims to stop their mission at any cost.   Praise for Terry Brooks   “Shannara was one of my favorite fictional worlds growing up, and I look forward to many return trips.”—Karen Russell, author of Swamplandia!   “If Tolkien is the grandfather of modern fantasy, Terry Brooks is its favorite uncle.”—Peter V. Brett, author of The Skull Throne   “A great storyteller, Terry Brooks creates rich epics filled with mystery, magic, and memorable characters.”—Christopher Paolini, author of Eragon
Also in This Series

Note! Citation formats are based on standards as of July 2010. Citations contain only title, author, edition, publisher, and year published. Citations should be used as a guideline and should be double checked for accuracy.
Staff View
Grouped Work ID:
3cf10947-5718-d266-f1ec-991166e53df6
Go To GroupedWork 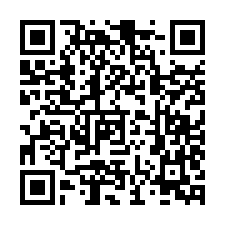