Description
Inspector Luke Thanet and his wife, Joan, are among the guests when Member of Parliament Hugo Fairleigh opens the grounds of his beautiful Georgian mansion, Thaxden Hall, for the annual village fete.It's a cloudless summer's day, an idyllic afternoon for innocent enjoyment. Then sudden death casts its shadow over the proceedings.At first, nobody is particularly surprised when Isobel Fairleigh, Hugo's elderly mother, is found dead in her bed. She was an old lady, and she had recently suffered a stroke.But, as Thanet soon discovers, she did not die of natural causes. She was murdered, and there are more than a thousand possible suspects wandering the grounds who could have sneaked into the Hall and killed her.Or was the murderer someone closer to home? Could any of Isobel's family or friends have been brutal enough to smother a helpless old woman?As Thanet and his deputy, Sergeant Mike Lineham, delve deeper into Isobel Fairleigh's life, they learn once again that crime knows no class barriers. Even a setting as grand as Thaxden Hall provides motives for murder.Wake the Dead is a triumph of storytelling, a tantalizing puzzle interwoven with an absorbing portrayal of the painful realities of family life. Silver Dagger-winning author Dorothy Simpson proves once again that she is one of the most gifted and stylish of contemporary crime writers.
Also in This Series

Note! Citation formats are based on standards as of July 2010. Citations contain only title, author, edition, publisher, and year published. Citations should be used as a guideline and should be double checked for accuracy.
Staff View
Grouped Work ID:
a20c1ff7-0b52-acd6-8e3a-8fe456649285
Go To GroupedWork 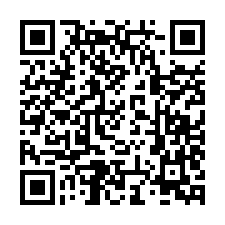