Description
Volume III of The Dragonriders of Pern®, the influential series by sci-fi/fantasy titan Anne McCaffrey Never in the history of Pern has there been a dragon like Ruth. Mocked by other dragons for his small size and pure white color, Ruth is smart, brave, and loyal—qualities that he shares with his rider, the young Lord Jaxom. Unfortunately, Jaxom is also looked down upon by his fellow lords, and by other riders as well. His dreams of joining the dragonriders in defending Pern are dismissed. What else can Jaxom and Ruth do but strike out on their own, pursuing in secret all they are denied? But in doing so, the two friends will find themselves facing a desperate choice—one that will push their bond to the breaking point . . . and threaten the future of Pern itself.
Also in This Series

Note! Citation formats are based on standards as of July 2010. Citations contain only title, author, edition, publisher, and year published. Citations should be used as a guideline and should be double checked for accuracy.
Staff View
Grouped Work ID:
97621c4c-5cf7-4c08-a52f-9e11f800f7cc
Go To GroupedWork 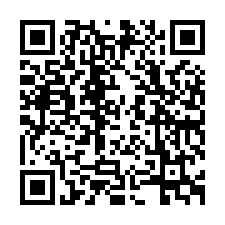