Catalog The prince of darkness / »  Book »

The prince of darkness
(Book)

Description
The Prince of Darkness, Doherty's fifth novel featuring Hugh Corbett, a clerk and spy in the court of Edward I, concerns the mysterious death of Lady Eleanor Belmont, former mistress of Prince Philip of Wales. In 1301, peace exists between Edward of England and his archrival Philip IV of France; a peace, diplomats hope, that will be confirmed by a marriage between the young Prince of Wales and Philip's daughter Isabelle. Philip hopes to break the peace with England by discovering some scandal touching the young English heir.With the disturbing death of Lady Eleanor, who is found with her neck broken at the foot of a convent staircase, the Prince's secrets are threatened with exposure. Edward sends Corbett to investigate, and the clerk discovers knots of scandal and deceit that may entangle the English Crown.
Also in This Series

Note! Citation formats are based on standards as of July 2010. Citations contain only title, author, edition, publisher, and year published. Citations should be used as a guideline and should be double checked for accuracy.
Staff View
Grouped Work ID:
53b33f41-0f27-2da0-e52a-dc0b7cfc4e6a
Go To GroupedWork 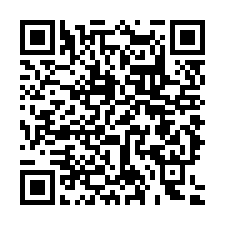