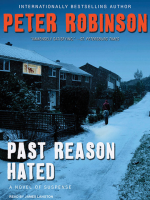 Description
It looks and sounds like a traditional Christmas scene - a log fire, brightly decorated tree, classical music on the stereo. But appearances can be deceptive. Caroline Hartley, the beautiful young woman lying on the sofa, has been brutally murdered.For Chief Inspector Alan Banks, the former Londoner who is finally beginning to feel at home in Yorkshire, the case is new but the emotions it evokes - anger, outrage, a sense of loss - are familiar.For Detective Constable Susan Gay, newly promoted to detective, her first homicide will be one she'll never forget. As she probes into the life of Caroline Hartley, she also learns something about her own pride and weakness.Who was Caroline, and how did she come to be murdered on a snowy evening just three days before Christmas? Alan Banks and Susan Gay find a multitude of suspects as they begin to uncover the unusual and disturbing past of an intensely private woman for whom secrecy was a way of life. The manager of an elegant cafe, Caroline in her spare time performed with the Eastvale Amateur Dramatic Society. In her private life, she lived quietly and shared her home with her friend Veronica Shildon. Caroline had several visitors on the night she died. One of them killed her.A suspenseful and shocking tale of family secrets, hidden passions, and desperate violence, Past Reason Hated is the most powerful novel yet from an author who is justly likened by the critics to such classic mystery greats as Ruth Rendell and Reginald Hill.
Also in This Series

Note! Citation formats are based on standards as of July 2010. Citations contain only title, author, edition, publisher, and year published. Citations should be used as a guideline and should be double checked for accuracy.
Staff View
Grouped Work ID:
1599d166-4e69-ac83-a22b-e804297e91ea
Go To GroupedWork 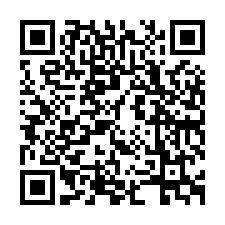